Avenues to the Arts

Creative planning for a creative district

Boston's Huntington Avenue is the spine of one of the country's most spectacular cultural and creative districts. Together, the renowned arts presenters, iconic public spaces, and beloved civic institutions located in the  district animate the city and contribute more than $2.7b to its economy. An ambitious cultural planning effort, initiated in 2017 by the Boston Foundation and led by Futurecity has generated new energy and cooperation along Huntington Avenue. Now, unprecedented partnerships, astonishing public art, and a vision for a connective public realm have emerged—signalling a new era for Boston's arts and culture.

The Boston Foundation is grateful to the cultural, civic, and private-sector leaders who contributed to this vision, and optimistic about what is yet to come.

As part of this effort, a cultural asset map was produced. Visually dynamic and data-rich, this document has been embraced by Avenue of the Arts stakeholders, and the board members of the Fenway Alliance.  The map was designed by Sasaki,  an international design firm, and produced as a limited series by students of the Massachusetts College of Art and Design.  A copy of the map has been entered into the permanent collection of the Norman B. Leventhal Map & Education Center at the Boston Public Library.

On October 10, 2018, the Boston Foundation invited arts, civic, and business leaders to celebrate the launch of the Avenue of the Arts cultural plan. The event, presented in partnership with HUBweek, served as a culmination of the effort and an announcement of new partnerships and projects that have been catalyzed by the planning effort. Speakers included Mark Davy, Kara Elliott-Ortega, Sara Myerson, Linda Pizzuti Henry, and Paul Grogan.

The event featured live performances curated by HipStory, an arts and media collective dedicated to “centering marginalized identities in media through music and art.” Performances included members of the Northeastern University’s slam poetry team and the Berklee-affiliated J. Scott and the Glove.

Demonstrating its commitment to championing positive urban transformation in the Boston region, the Foundation announced the appointment of placemaking expert F. Philip Barash, who will join its arts team as Fellow, focusing on design and animation of the public realm. 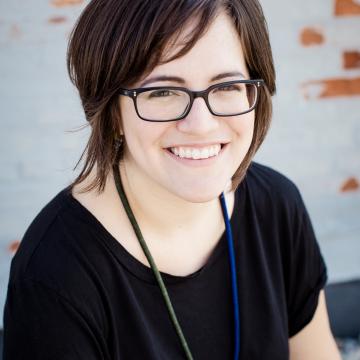 “People want opportunities to come together and develop a sense of collective identity through the arts. The Avenues to the Arts district can become one.”