Holland & Knight jumped at the chance to get involved with the Pledge 1% initiative, which is so important for a law firm dedicated to helping others. Holland & Knight's Public and Charitable Service Department was created in 2009 to integrate the firm's global pro bono, community service and charitable giving initiatives to make deeper investments in communities in need.

“Holland & Knight is proud to partner with the Boston Foundation, TUGG and others to scale the Pledge 1% Boston program. Boston is a hub of innovation, but also has the largest wealth gap of all U.S cities. We encourage entrepreneurs and founders to learn about issues in our communities and grow their businesses in socially responsible ways,” Jeff Seul, Partner at Holland & Knight. 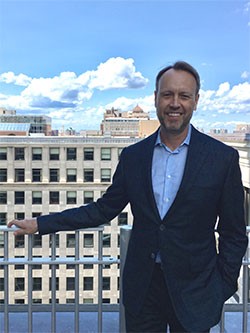 Additionally, the Holland & Knight Charitable Foundation was created in 1996 to support the increasing charitable activities of the firm's employees. The financial support for the foundation comes from the firm as well as individual employees and clients. The foundation supports various nonprofit entities and underwrites several important educational programs including Opening Doors for Children, the Holocaust Remembrance Project and the Young Native Writers Essay Contest.

Holland & Knight also is proud to support the National 9/11 Day of Service Initiative. Employees in all U.S. offices participate in this initiative by giving their time and talent to local community service organizations.

»        Jeff serves as chairman of the Peace Appeal, an international organization that helps catalyze and support broad-scale peace and national dialogue processes to end or prevent wars.

»        Jeff is an educator who teaches a course on peacebuilding at Harvard Divinity School and also has taught negotiation and conflict resolution courses at Harvard Law School.

»        Firm founder Spessard Holland served as Florida's governor during World War II, followed by 24 years of service as a U.S. Senator, and founder Peter Knight declined President Warren G. Harding's invitation to become a justice of the Supreme Court of the United States.

»        Chesterfield Smith, who served as the architect of the present day Holland & Knight law firm, is best known as the outspoken president of the American Bar Association who made the first public call to investigate President Richard M. Nixon during the Watergate scandal.