To change schools | City of Ideas

That was evident last week at the Boston Mayoral Forum that the Boston Foundation co-sponsored with TeachPlus, Massachusetts 2020, EdVestors and MassINC. Eight candidates took the stage at the Boston Public Library to share their views on a number of education topics, including charter schools, teacher retention, arts education and improvements for the city’s underperforming schools.

And a remarkable thing happened. While there was no universal agreement on specific policies (though a number of candidates, including John Barros, Dan Conley, John Connolly, Bill Walczak and Marty Walsh, embraced the idea of expanding charters in Boston), there was a remarkable unanimity of language around the need for something unthinkable even 5 years ago in Boston. 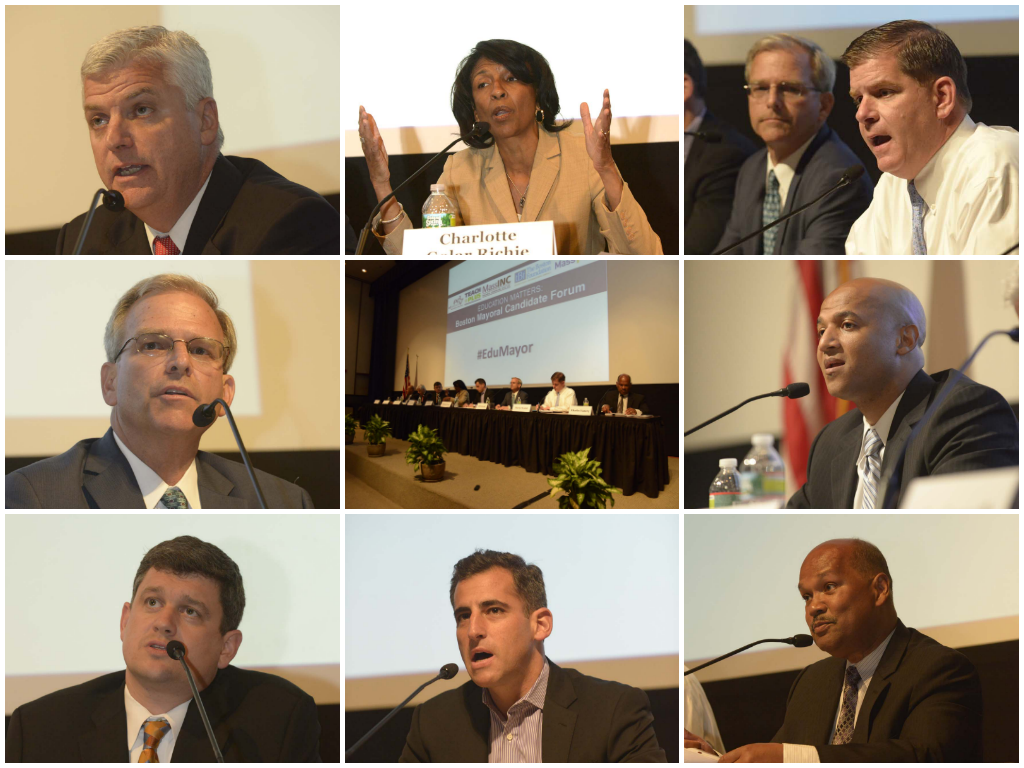 In addition to those who favored the charter expansion, candidates Mike Ross, Charlotte Golar Richie, and Charles Yancey indicated in their language that the idea that one-size-fits-all works as well for schools as it does for clothes – that is, by trying to apply the same solutions to all, you end up serving none well.

It’s a rationale that gets lost in the discussion over charter schools, when those on all sides paint it as a charter versus non-charter discussion. At the Boston Foundation, I have made no secret of our support of expanding the work of charter schools – the results in study after study demonstrate the power of charters to make a transformative difference in the lives of students, especially those in poverty and in ethnic groups typically underserved by traditional public schools.

But a key feature of charters is something being replicated in the state’s turnaround schools with similar success – it is a strategy built on allowing teachers and principals to unite around a school philosophy and culture that is based on the needs of the student. And those needs may be very different from neighborhood to neighborhood and school to school.

It’s about autonomy. It’s about contracts that embrace innovation and flexibility, relationships that devolve decision-making to a local level, and a culture that recognizes the power of quality teaching and learning and puts the student first.

That has not always been the dialogue – we have talked for many years about district-wide, incremental change, but the results have lagged the goals for too long. Charter public schools have been able to come in and demonstrate success on a school-by-school level, spawning the practices that are gaining universal acceptance as best practices: extended school days; the return of arts, music and physical education to the curriculum; the embrace of community and private sector partnerships and much more.

Those who have been following the Race to the Top Coalition and the Act to Further Narrow the Achievement Gap know that it is more than a charter bill. It also offers the opportunity to expand working autonomies to public schools on the brink of being declared failures in a dozen urban districts, including Boston.

It’s about autonomy. Because when you empower schools to serve students and teachers and administrators to be leaders, the results follow.